Dean of Graduate Studies and Research

Dr. Saab joined the faculty of the Lebanese American University, Byblos, Lebanon in 1996, where he is a Professor of Electrical Engineering. He served as the Chairperson of the Department of Electrical and Computer Engineering from 2005-2012 and an Associate Dean with the School of Engineering from 2012 to 2013. He was appointed Interim Dean of Graduate Studies and Research in October 2017 and Dean of Graduate Studies and research in June 2020. He worked for Union Switch and Signal and ABB Daimler-Benz Transportation, Pittsburgh, PA, from 1993 to 1996.

He received the B.S., M.S., and Ph.D. degrees in Electrical Engineering in 1988, 1989, and 1992, respectively, and the M.A. degree in Applied Mathematics in 1990, from the University of Pittsburgh, Pittsburgh, USA. His research interests include optimal stochastic control, navigational positioning systems, control of robot manipulators, managerial policy design, and wireless communications. He is most noted for his foundation and development of Stochastic Iterative Learning Control algorithms, and recently, he introduced and developed Stochastic Multivariable PID controllers. He was the recipient of the opening (2007–2008) LAU Best Research Award in engineering and physical sciences. 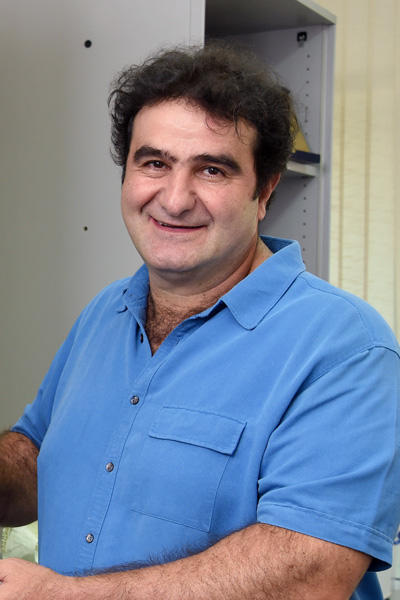